Touchdowns, Field Goals, and RFPs: 5 Things Proposals and Football Have In Common 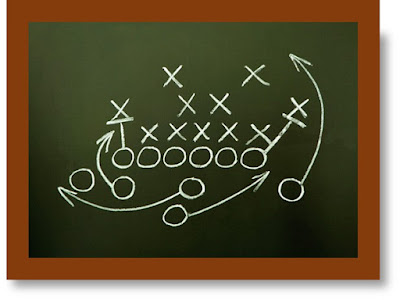 Preparation is Critical
In football, preparation and game planning are critical. Preparing for a football game begins well before the team steps out onto the field. Players and coaches frequently spend weeks learning their opponent’s strengths, weaknesses, and tendencies to develop the best approach for the match-up ahead. Coaches work with the players to define schemes and expectations. Each football game is a different battle with different goals and strategies.

In proposals, it is much the same. However, instead of just one opponent, we typically have many. Focusing on the top two or three opponents, it is critical for the proposal team to understand the competition’s likely strategies. We need to understand their strengths and weaknesses so that we can ghost them in our proposal responses. We leverage this business intelligence to develop the proposal strategy. And similar to each football game, each proposal effort is a different battle with different goals and strategies.

Establishing Clear Roles and Responsibilities is a Must
In football, building a team isn't just about bringing together the best people. You could have the most talented coaches and players in the world, but without absolute clarity over individual roles, the team is unlikely to work well together. It is critical for football teams to clearly define areas of responsibility so that the team can effectively work toward a common goal—winning!

In proposals, it is very much the same. When roles and responsibilities aren’t clearly defined, team members begin stepping on one another’s toes, and things start slipping through the cracks. Finger pointing begins and chaos ensues. Just as with football, with proposals, it’s critical for teams to clearly define areas of responsibility so that the team can effectively work toward the win.

Communication is Essential to Work Well as a Team
In football, effective communication is essential—from coaches, to team leaders, all the way down to the role players. Even a football team filled with the best players in the league will flounder if they cannot communicate effectively. Football requires constant communication, including coaches calling plays and players making adjustments and calling out blocking schemes. If the offensive line doesn’t communicate, the quarterback might get sacked. If the defense doesn’t communicate, wide receivers can get open and are more likely to score. To play effectively, it’s critical for everyone to be on the same page.

With proposals, communication is similarly critical. When your team doesn’t communicate well, you end up with a technical solution that the management and staffing approaches can’t support, and pricing that can’t cover either. Daily stand-up meetings, group solutioning sessions, and cross-reading can help prevent this misstep in communications. Just like with football, with proposals, it’s essential for everyone to communicate well and stay on the same page.

Offense is all About Scoring Points
In football, the offense is responsible for moving the ball toward the opposing team’s end zone—either by throwing or running the ball. The main goal of the offense is to score more points than the opponents.

Similarly, in proposals, our main goal is to score more points than our competitors. However, instead of throwing the ball, we develop compliant and compelling proposal content that demonstrates how our solution presents the best value to the client. We work tirelessly to articulate the strengths of our solution and the benefits they will provide our customers.

Similarly, in proposals, we develop strategies to prevent our opponents from scoring points. We do this by ghosting their weaknesses and finding ways to neutralize their strengths. It’s not enough to focus on scoring as high as possible, a good proposal also needs defense.

Final Thoughts
Proposals are a team sport, and so it’s really not all that surprising that there are so many similarities between proposals and football. Remember, as you embark on your next proposal, just as in and football, it is critical to take time to prepare, define clear roles and responsibilities, develop both offensive and defensive strategies, and maintain consistent communication. And ultimately, your team must work toward a common goal of scoring higher than the competition and winning!