Proposal Soft Skills: How To Leverage Dale Carnegie’s Best Seller to Get What You Need 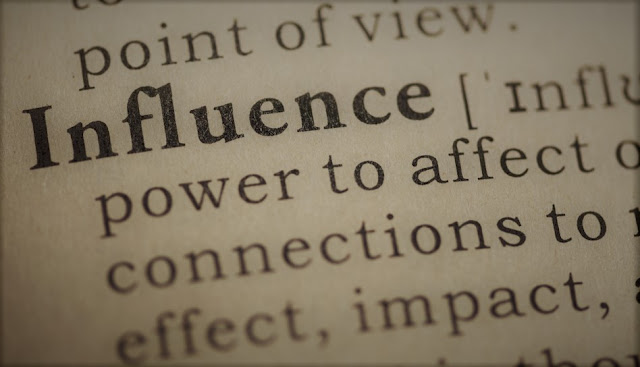 This year at Bid and Proposal Con 2019, I had the honor of participating in Kristin Dufrene’s panel, “How to Win and Influence People,” inspired by her own experiences as well as Dale Carnegie’s How to Win Friends and Influence People. Mr. Carnegie’s book covers some of the soft skills necessary to succeed in life and in business. These soft skills are critical in the world of proposals—from the writer up through the management level.

Not surprisingly, Kristin’s panel had a great turnout. A summary of our presentation was even featured on APMP’s Winning the Business. Another testament to the criticality of these soft skills are the courses being offered to help teams better hone them. For example, Kevin Switaj’s company, BZ Opportunity Management, offers an extremely popular course, “SoftSkills for Proposal Professionals.”

In this week’s article, I summarize Mr. Carnegie’s book and principles, and I discuss my journey with developing these soft skills and learning how to successfully “win and influence.”

Summary: How to Win Friends and Influence People
How to Win Friends and Influence People was first published in 1937 by Dale Carnegie. In his original introduction, Mr. Carnegie explains that he had taught courses for professional men and women since 1912. At first, he originally taught courses in public speaking, but as time passed, he eventually realized that the adults actually needed training in the “fine art of getting along with people in everyday business and social contacts.” And from that, the book was born.

According to the preface, his wife and the publisher updated the book in 1981 with a few more “contemporary” examples. The preface mentions that even though they updated the book to modernize it a bit, Mr. Carnegie’s “brash, breezy Carnegie style is intact—even the thirties slang is still there. Dale Carnegie wrote as he spoke, in an intensively exuberant, colloquial, conversational manner.” This is definitely true. It’s a very quick, very easy read. But I did get hung up on the general lack of transitions between the many stories and examples. Because I haven’t read the original version of the book, I don’t know if this is a stylistic omission on Mr. Carnegie’s part, or the stylistics omission of the revision—but I did get distracted by this lack of transition throughout the narrative.

However, despite the grammatical criticism, I very much enjoyed Mr. Carnegie’s book, the overall message, and the structure as a whole. He presents four parts broken down into distinct chapters, and each chapter ends with a very clear principle. And then, at the end of each of the four parts, he summarizes the key principles of the entire section. Here’s an overview:

Part 2 – Six Ways to Make People Like You
Principle 1: Become genuinely interested in other people
Principle 2: Smile
Principle 3: Remember that a person’s name is to that person the sweetest and most important sound in any language
Principle 4: Be a good listener. Encourage others to talk about themselves
Principle 5: Talk in terms of the other person’s interests
Principle 6: Make the other person feel important—and do it sincerely

Part Four – Be a Leader: How to Change People Without Giving Offense or Arousing Resentment
Principle 1: Begin with praise and honest appreciation
Principle 2: Call attention to people’s mistakes indirectly
Principle 3: Talk about your own mistakes before criticizing the other person
Principle 4: Ask questions instead of giving direct orders
Principle 5: Let the other person save face
Principle 6: Praise the slightest improvement and praise every improvement. Be “hearty in your appropriation and lavish in your praise”
Principle 7: Give the other person a fine reputation to live up to
Principle 8: Use encouragement. Make the fault seem easy to correct
Principle 9: Make the other person happy about doing the thing you suggest

My Journey with Soft Skills and Applying Mr. Carnegie’s Principles
Over the years, through the help of mentors and leaders, I have learned to develop and hone the soft skills necessary to succeed in the world of proposals. However, my journey wasn’t exactly what I would call smooth. As a young female entering the field, I faced some particular challenges that I wasn’t always mature or seasoned enough to tackle gracefully. In this section, I’ll reflect on some of my communication failures and then discuss some of my successes as I developed what I’ll call a communications “toolkit” over the years.

A Failure to Influence
I have a had particularly unique challenge as a female professional who tends to look much younger than I actually am. It’s much less of a problem now, but when I was still fairly early in my career, I was assigned to work on a management volume with a new employee. This new employee was a male, former military, and maybe in his 40s. We’ll call him Bob. Bob had never worked on a proposal for a large business before, so the Proposal Manager teamed me up with Bob to help guide him through the process.

One day we were reviewing the management volume, and I was providing guidance on the types of language to avoid. You know, the “we are pleased to present this management approach,” “our robust management plan,” “we believe we have the best approach.” I can tell Bob is just getting aggravated with me. We continue reviewing the section, and finally Bob just blows up on me and says,” I am not going to take direction from a girl who is less than half my age.”

I don’t remember all the details, but I do know I was still honing my people skills. I was extremely frustrated, and I just couldn’t understand why this man was being so difficult. I didn’t have the self-awareness to understand that part of the problem was me and how I was approaching the task. Looking back, I would have used the following strategies.


Learning to Influence
Much later in in my career, I was assigned to work with an Account Lead that was notoriously difficult. This was for a company that had fairly recently suffered a merger—a merger that this particular group had never really recovered from. There was open animosity between that group and the rest of the company.

This Account Lead liked to be in control—but that often led to last minute changes that put the proposal and the schedule in jeopardy. Knowing this, other Proposal Managers had approached him firmly and rigidly, but that approach always ended in arguments, blowups, and frustration. The last Proposal Manager that had worked with him was thrown out of the proposal room and banished to silence when she was finally “allowed” to re-enter. It was a bad situation.

So I knew that this Account Lead required a different approach. I approached the Account Lead—we’ll call him John—in this way:


By the end of this effort, this “difficult” Account Lead was singing Christmas carols in my war room and genuinely asking for permission before making changes. And we went on to win that contract. It was definitely a success story in the realm of how to win and influence people!

Final Thoughts
Despite being published over seven decades ago, Mr. Carnegie’s principles are as relevant as ever. Having the necessary soft skills helps us to get the job done with fewer frustrations. However, Mr. Carnegie warns us that these strategies won’t work 100 percent of the time. But, he caveats that by noting that if these strategies improve things for us just 10 percent of the time, we will have become 10 percent more effective than before—and that’s a major success! 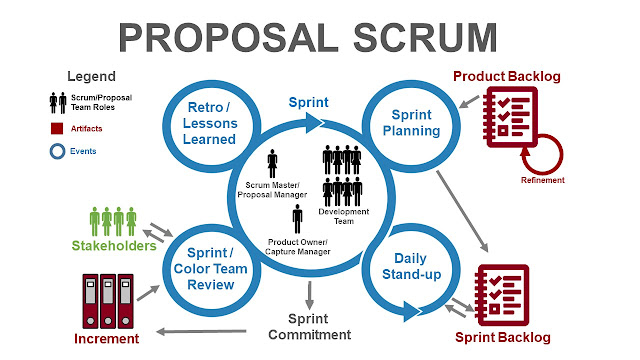 Two weeks ago, I posted an article that discussed how proposal management is in actuality project management. I pointed out how our long-standing proposal best practices are Agile , and have been Agile long before Agile was the latest industry craze. I have been so pleased with the discussion that this article has sparked. I plan to build on some of these discussion points in a series of articles focused on how we can expand the application of Agile in our opportunity pursuit processes. Last week I discussed the role of stakeholders and explored how we can better integrate stakeholders into the business development lifecycle. This week I’ll take a look at Scrum, how our proposal best practices fit into the Scrum model, and how we can learn further from Agile ideologies to improve our proposal processes. Scrum A Scrum is comprised of short iterations, called sprints, within which work is completed iteratively. In my calculations, a proposal response effort in actu
Read more